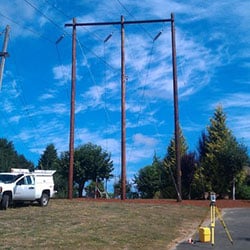 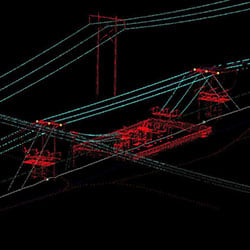 Client: Bonneville Power Administration
Location: Beaverton, OR
Service Provided: Land Surveying
The right of way for the Keeler-Oregon City No. 2 transmission line had been acquired by condemnation in 1939. Portions were owned by the United States Department of Energy and the Bonneville Power Administration (BPA), while other portions had been quit-claimed back to private land owners. The complex ownership of the right of way made this project particularly challenging.
The largely urban corridor bordered several thousand adjoining properties, making effective communication with land owners crucial to success.
MacKay Sposito performed a retracement survey and right of way resolution. Our survey team established an extensive survey control network, locating over 50 cadastral monuments which were used to determine the record acquisition alignment and more than 200 BPA structures which were used to determine the as-built alignment.
After discrepancies between the two alignments were resolved, we set carsonite posts along the right of way to make encroachments and vegetation management issues visually apparent to both BPA and the private property owners.
Upon project completion, MacKay Sposito produced a 33-page Record of Survey to document the resolution.
SIGN UP FOR OUR BLOG, CONSTRUCTIVE CANDOR