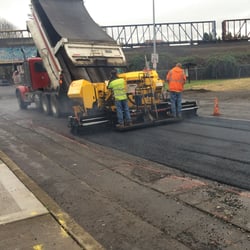 Client: Port of Vancouver
Location: Vancouver, WA
Services Provided: Construction Management & Inspection
MacKay Sposito provided construction inspection for the first phase of this project which consisted of installation of deep stormwater, sanitary sewer and water lines for Columbia Street and the future corridors of Columbia Way, Esther Street, and Grant Street in the City of Vancouver. Funding was a joint venture between the Port of Vancouver, the City of Vancouver and the Columbia Waterfront LLC (CWLLC).
Due to the proximity of the project near the Columbia River, installation of the utilities was performed when groundwater levels were relatively low, which was in the late summer and early fall of 2014. Remaining phases of the project, including construction of Columbia Way, was completed in 2015 by the city of Vancouver.
The City was required to deliver the project within a certain time frame as required by the TIB funding requirements, therefor the project began quickly upon award. This was a precursor to full construction of the new roadway and waterfront utilities necessary to keep the overall project on schedule.
Utility and roadway construction allowed CWLLC to move forward with development of its proposed waterfront project. Additionally, it better positioned the Port to explore next steps in the development of more than 13 acres of port property located adjacent to and east of the CWLLC project.
SIGN UP FOR OUR BLOG, CONSTRUCTIVE CANDOR