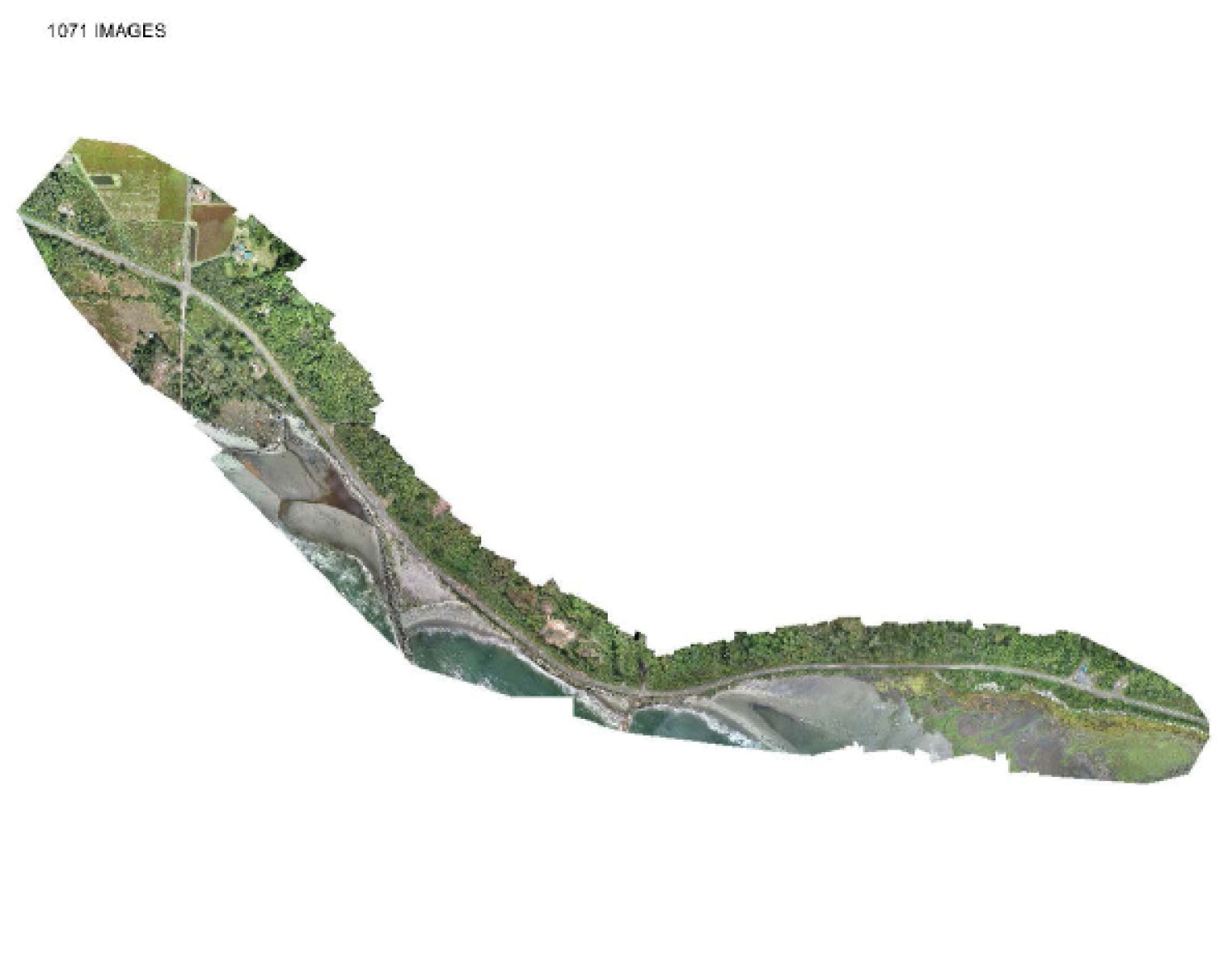 MacKay Sposito recently performed Unmanned Aerial Vehicle (UAV) flights at two locations along SR105 between milepost 19.46 and 21.00 to determine the impact of erosion and reliction from the adjoining coastal waters and weather. Existing WSDOT control was surveyed to establish NAD83/91 values around the site, which were then used as an accuracy baseline comparison for the Ortho Photo and associated survey data. Flight data was post-processed and a MicroStation Inroads DTM and DGN were generated on the same datum as previous WSDOT topographic survey work to allow for comparison of the two surfaces.
In our one-hour flyover, we were able to collect 1075 images later stitched together and assigned geographically referenced data points to create a 3D map. The preprogrammed route is flown without risking the safety to our survey crew or closing down lanes on the adjacent highway. This decreases disruption and increases driver safety by avoiding road closures and detours. WSDOT expressed their satisfaction of both the efficiency of the process and accuracy of the final product.
SIGN UP FOR OUR BLOG, CONSTRUCTIVE CANDOR